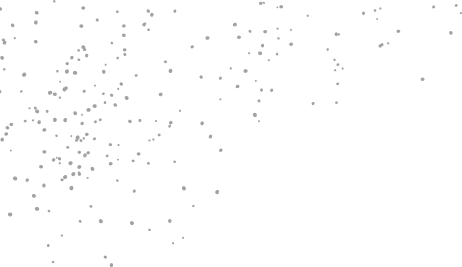 Let's find out the Difference Between Lucknowi Biryani and Hyderabadi Biryani?

Nothing comforts our taste buds like the various flavors of biryani erupting in our mouth, eat the best biryani in Mohali with Mezbaan. It's a traditional Indian meal that's exquisite, aromatic, and one of our country's most well-known delicacies. When the Mughals conquered India, the Arabs introduced it to some parts of South India. Biryani has evolved to reflect regional tastes and preferences, economic factors, and some creative changes to the original recipe. Whether it's the coconut and cooked eggs in Hyderabadi biryani, the taste of Mutton in Lucknowi biryani, the diverse varieties and tastes are all delicious. Hyderabadi biryani is typically meaty and spicy, with a bright saffron hue. Lucknowi biryani, on the other hand, is silky smooth with yogurt and herbs marinating the meat. The discussion continues as they each claim to know which is better and more authentic. Mezbaan provides the best biryani in Punjab. Hyderabadi Biryani When compared to Lucknowi biryani, Hyderabadi biryani is supposed to be more spicy and pungent, as it is produced in the form of Dum and contains a lot of Zaffron. What sets Hyderabadi biryani apart from the rest is the combination of basmati rice and a large portion of chicken (rather than little pieces of chicken). Hyderabadi Biryani is known for its powerful spices and presentation. The marinated raw meat is put between beds of uncooked rice and cooked on dum (a method of cooking in which the vessel is sealed with dough) over hot coals in a kacchi Hyderabadi biryani. The sealing aids in the softening of the materials by the steam. Pre-cooking or frying the meat is required for pakki biryani. Both of these versions, on the other hand, have powerful flavors due to the rice being cooked in a variety of hot and pungent spices in addition to saffron. Lucknowi Biryani Awadhi Biryani is another name for this dish. In Lucknow, biryani is thought to be a combination of Biryani, Tari (a special gravy served with biryani), and Raita, rather than a single dish. While Hyderabadi biryani has a lot of spices, Lakhnavi biryani is more flavorful and has a calming scent. The usage of mutton cooked in a dum put manner, which means the gravy and rice are sealed in a handi and cooked over a slow flame, is a distinguishing element of a Lakhnavi Biryani. This method, which uses Desi Ghee to make the mutton chunks moist and aromatic, gives Awadhi biryani its particular flavor. Because Lucknow biryani is dry rice with meat, it can be underwhelming. Many people believe it's because it's meant to be eaten with a sauce called Tari. Regardless, this style of biryani has a mild flavor, uses a lot of ghee, has a lot of cardamoms, and uses very few spices. It may appear dry, but the ghee used in the recipe makes the meat taste even fattier. Because Awadhi biryani is mainly about entire spices, you won't find mint or coriander here.